A program that provides Montessori
training and professional development. 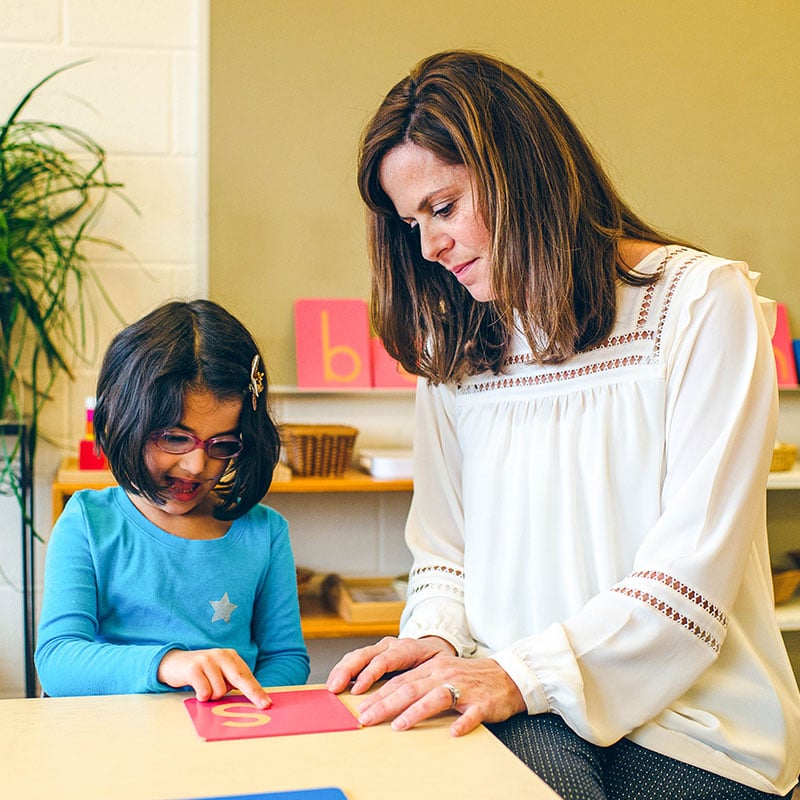 To support the professional development of Penn-Mont Academy’s educators in their important roles as Montessori teachers and school leaders.

Every year Montessorians from around the world attend the American Montessori Society’s annual conference. Workshops address curriculum, child development, leadership, public policy, research, and much more. Participation earns the contact hours required to keep Teacher Certifications active. The cost of registration, hotel and travel expenses are currently shared by the teacher attending and the school’s operating budget, which limits these opportunities.  Your support allows us to send more teachers to this event each year.

AMS offers on-demand videos on topics specific to Montessori education presented by leading educators and professionals in the field. Penn-Mont is utilizing these webinars during teacher in-service days, as well as making them available to individual teachers who express interest in various topics.  Your support allows us to provide more of these webinars and videos to our faculty.

Part of the school’s process of continuous assessment and growth involves inviting consultants to our school to observe our programs and offer recommendations. These consultants can help an individual teacher or an entire program. Consultations are a required part of our self-study and re-accreditation process.  Your support allows us the opportunity to learn more from our peers and experts in the Montessori field.

Grants allow teachers to apply for funding to support particular projects, areas of curriculum development, etc., based on their needs and interests.  Your support allows us to fund more teachers and more projects.

Honoring the Champions
of Penn-Mont

In an effort to secure and perpetuate resources for this fund, Penn-Mont initiated the Gerald P. and Aline D. Wolf “Heart of Penn-Mont” Honoree. This distinction is named in honor of our founders Gerald and Aline Wolf. Each year, Penn-Mont honors an individual considered a true champion of our school by virtue of their leadership, dedication or philanthropic efforts. 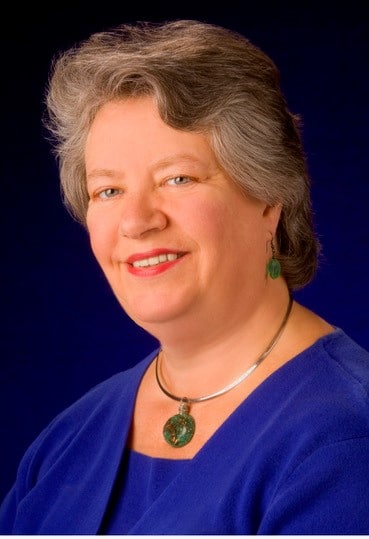 Penn-Mont Academy is delighted to announce Donna D. Gority as this year’s Heart of Penn-Mont honoree.  A name well known in the Blair County community, Donna is a Penn-Mont Alumni Parent, Past Board of Directors member, committed philanthropist, and HUGE Penn-Mont advocate.  Married to John Gority, the couple reside in Duncansville and have two grown daughters, Shannon Gority and Bridget Peters, both Penn-Mont alumni having attended during the late seventies to early eighties.  When asked what brought the Gority’s to Penn-Mont, Donna remembers meeting Marva Stacy, then Penn-Mont Head of School, who encouraged her to tour Penn-Mont (then on Sixth Avenue) and talk about a Montessori education for her girls.  Needless to say, as a trained educator herself, Donna was quickly hooked and became entrenched in the Penn-Mont family as an involved parent, substitute teacher, Board member and spokesperson for the school.  Donna’s daughters remember their teachers as Miss Malinie Dias, Miss Liz Aversa, and Miss Mary Truesdale, who is still at Penn-Mont today.

Donna served on the Penn-Mont Board of Directors on two separate occasions.  Her first involvement was during her daughters’ time at Penn-Mont.  Serving as President of the Board, she remembers working hard to establish and maintain an elementary program.  At that time in Penn-Mont’s history, it was a program that Penn-Mont struggled to maintain.  The requirement of acquiring and keeping a trained and accredited Montessori teacher for the elementary level proved very difficult.  Donna also remembers being asked to promote Penn-Mont through the media, specifically The Big John Riley TV Show, where she talked about Penn-Mont from time to time and promoted Penn-Mont’s Open House events.  Donna was called once again to serve Penn-Mont in the late nineties; first on the Strategic Planning Committee and the Secure the Dream Capital Campaign Committee – focused on a new school building for Penn-Mont – then again, as a member of the Board of Directors.  During that time, Donna was a Blair County Commissioner and helped to further link Penn-Mont to the community at large.

When asked about a favorite or unique Penn-Mont memory, Donna recalls a time when her daughters had a “Bring Your Pet to School Day.”  Not having any Gority family pets, she proceeded to purchase live lobsters for the girls to bring to school for their Show and Tell with the class enjoying interacting and playing with the lobsters.  Donna stated they were quite yummy later that night.

Seriously speaking, Donna remains a perpetual Penn-Mont advocate to this day.  When asked why, she stated that she wants everyone to know about the unique gem that Penn-Mont is and wants all families to have the opportunity for their children to attend Penn-Mont and experience a Montessori education from which her girls benefited greatly.   She chats about Penn-Mont to everyone!  With tears in her eyes, Donna explained that her daughters were only able to attend Penn-Mont through scholarship and is appreciative of the support that made that possible for her family.  Donna credits their Montessori beginnings at Penn-Mont with their success today.  Donna’s daughters Shannon and Bridget, both graduated with honors from Altoona Area High School and went on to securing degrees in engineering.  Donna went on to say that she has always been amazed with the story of physician Maria Montessori and how she developed such a wonderful method of education during the early 1900’s that remains literally unchanged in its teaching approach to this day.

We would be remiss if we did not share with you Donna’s commitment to her community throughout the years.  Her public involvement in the Blair County community began in 1983 when Donna was elected as a Blair County Commissioner and served her community in that capacity for 28 years.  During that time Donna became know statewide as the Human Services Commissioner.  She has participated with well over 20 local non-profit organizations and has received over a dozen accolades for her volunteerism and work.  Donna stated that she always wanted her life of service to inspire others to serve.  She is especially proud of two honors bestowed upon her:  1) The Blair County Chamber of Commerce established the Donna D. Gority Servant Leadership Award in her honor which recognizes outstanding leaders in the Blair County community each year.  2) Knowing that Donna believed in the importance of a great education and the opportunities that brings, Donna’s friends and colleagues held a very special dinner upon her retirement.  Proceeds raised from the dinner helped to establish a scholarship fund in Donna’s name with the Central Pennsylvania Community Foundation that provides scholarships to deserving adult women overcoming adversity to pursue higher education.

Today, Donna and her husband John can be found enjoying life, their two grown children and four beautiful grandchildren.  John stays busy managing their business Broadway Sharpening.  Donna continues to do what she loves by staying involved with numerous community organizations and pursing one of her passions as Board President for ArtsAltoona.

Thank you, Donna, for sharing your inspiration, drive, and passion with Penn-Mont throughout the years!

Penn-Mont will honor Donna during a reception in November.  Gifts in her honor can be made at https://www.pennmontacademy.com/giving/donate/

Please join us in thanking the Heart of Penn-Mont Honorees

You may honor this year’s recipient, as well as past honorees through a gift to the Montessori Professional Development Fund; a fund that supports the training and professional development of Penn-Mont teachers.  Click here to donate.

Nancy supported the growth of Penn-Mont in significant ways for more than three decades as a parent, volunteer, board member, philanthropic donor, and advocate.  She served on the Board as well as many committees and task forces including Education, Nominating, Finance, Strategic Planning, and Accreditation.  Her seminal contribution to the school took the form of her leadership in the resurrection of the school’s elementary program.  She also championed the “Secure the Dream” capital campaign.  Additionally, Nancy Gurman, Esq. shared her extensive legal background as an attorney throughout the years advising and guiding the Board in governance of the school.

Judy Grove is highly regarded by colleagues, parents and former students as a caring, compassionate, and inspirational Montessori teacher. With a career spanning over 35 years, Miss Judy served as a Preschool Lead Teacher at Penn-Mont Academy. Montessori trained at the Center for Montessori Teacher Education (CMTE) in New York, Judy joined the faculty of CMTE in addition to her classroom duties. Judy has a passion for working with special needs children, as well as a great love for geography. Miss Judy continues to be committed to Penn-Mont and quietly shares her love of Montessori with others.

Long-time Head of School, true Montessori educator, and engaged community leader, Michelle Hartye, made a decision early in her career to become a Montessori teacher and administrator. It had always been Michelle’s vision that professional development opportunities be afforded to other dedicated Penn-Mont Academy teachers and professionals. This vision ignited the inspiration behind establishing the Montessori Professional Development Fund.